Isaiah’s Kidney: A Reminder of Who God is 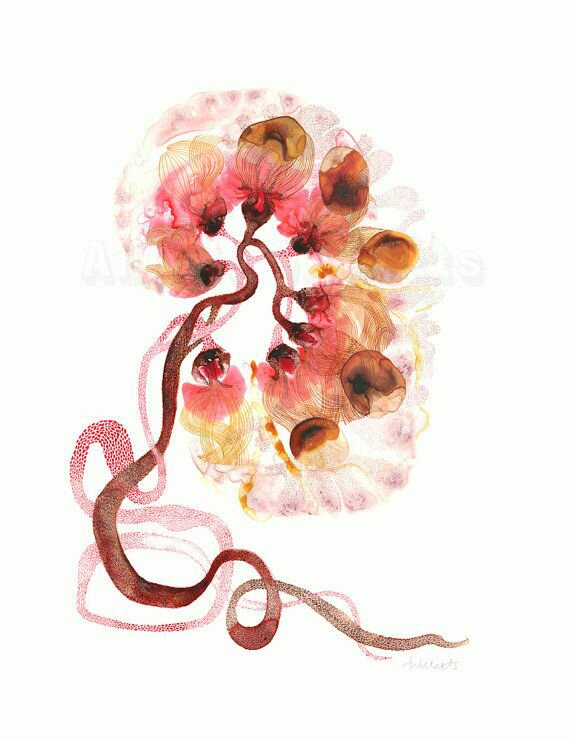 My little brother has always had a way of reminding people who God is.

In 2013, Isaiah went to the ER for a bad ear infection. A few hours later, we were notified that there was a larger complication and to brace ourselves. His kidneys were failing and if he intended to live, he needed a donor.

I remember what it felt like sitting in the ER. I was confused as to what the doctors were saying but my mother’s tears were recognizable. When you love someone and know them, you can interpret their cries and moans. Like a parent to a baby, you know when the cry is sadness, when the tears are joy, or even when the person is overreacting. I knew from my mother’s tears that something was going terribly wrong.

Isaiah is special. He is big like a football player but gentle and giggily. When he was younger, he was always the tough guy but would cry at the drop of the dime when he wasn’t happy. He, for me, is a different version. My exact DNA organized a different way. Where he is numbers and stats, I’m art and words. He’s the instrumentalists and I’m the lyricist. We fought and we embarrassed but we also stick close and protect.

Sitting in the waiting room, my mother told me to call my father. I protested. He rarely had the right thing to say or provided any comfort but in obedience I called. My mother, in relaying the information to me to pass on to my father, provided my first bit of clarity. Isaiah needed a kidney. One was dead and the other was dying. My father answered the phone unimpressed. The conversation lasted 3 mins max. He remained unbothered. I told my mother exactly what he said, in anger. I needed her to understand that this would be the last time I’d give my father a chance to prove he deserved us. It wasn’t the last chance I gave him but it took me over 3 years for me to speak to him again.

A while later, Isaiah was released to start the journey of waiting. Dialysis 3 times a week, a massive diet change, limited travel and protected contact. In a sense, my mother was tasked with keeping Isaiah alive until they could find a way to save his life. And did she! My family and friends immediately found a prayer posture and sat in it. We didn’t just want a donor, we asked God for a miracle.

The next year was difficult. Instance after instance happened in my family and I found myself getting frustrated and angry. The feelings of fear, rage, and even resentment stirred within me and spilled over into multiple areas of my life. I questioned why Isaiah was going thru what I felt like I was strong enough to handle. He was already dealt an uncommon hand. What more should he have to endure?

One day in the spring while at work, I felt the pressure of it all in my chest. It felt like someone was filling a balloon with rocks. A balloon can hold massive amounts of air and a large supply of water, but just a few sharp rocks can tear the elastic before it’s even been stretched. That day at work I left my post, went to the back of my building, and exploded. I didn’t just cry, I screamed. I roared. I begged God to fix – I didn’t fully understand but I knew there were broken pieces and they were causing the turmoil I felt.

During this tme however, Isaiah was living. He was adjusting to his new lifestyle (I’m sure there are some secrets moments we don’t know about.) He was eating right and going to his treatments and using Facebook to let us know just how bored, hungry, or anxious he was. But he never told the world when he was sad or in pain.

Soon after, Isaiah’s hearing started to fade. He needed an emplanted hearing device to savage the little bit of sound left. I remember riding around in the car with Isaiah and my older brother. My older brother and I would listen to the music and then ask Isaiah what he thought. His response “It feels good.” It took some adjusting for us to accommodate Isaiah’s hearing impairment but he seemed to be adjusting just fine. I remember getting upset with him for decorating the Christmas tree without me. It had always been my thing. But Isaiah was experiencing life differently now. Like peeking out his bedroom window even though very little happened and not waiting for me to put up the lights so he could enjoy the Christmas tree. We once took Isaiah to see his favorite artist, Israel Houghton. My mom and I were terrified of the grandeur of the show being too much for him but he had mastered the art of adjusting the world to his frequency. Literally, he turned his hearing aid down on you if you were doing too much.

It took a while but eventually the fear I felt for Isaiah’s life became appreciation for how much of it he was living. I stopped tip toeing around him and started enjoying my little brother again. And over the next 5 years, there was a multitude of life to experience that wasn’t frustrated by his limitations but enhanced by his view point. He became the quiet reminder to take nothing for granted.

On Jan 7th 2018, I received a call during Sunday service. It was probably one of only a few times I texted my brother back asking if it were an emergency instead of dropping everything I was doing to call him back. I always expected bad news… always. 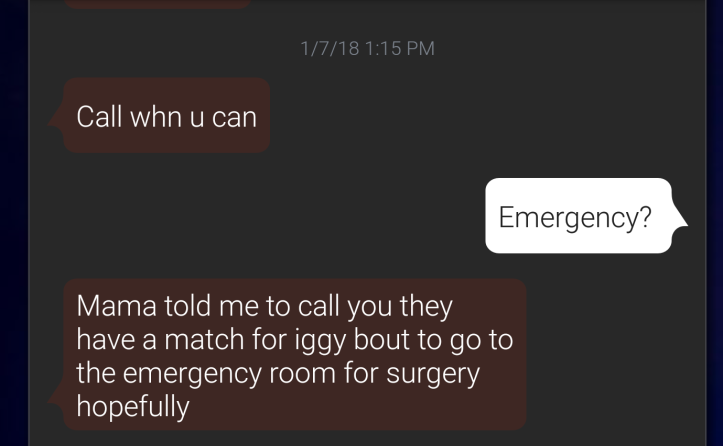 It wasn’t the first time. Just a few months earlier, we weren’t thru this. I woke up in the middle of the night with the left side of my stomach… hot. Literally, the window open and fan on yet I was feeling heat. I temperature checked and sure enough, there was concentrated heat coming from where my kidney would be. So I prayed. I got up and went it. The next morning I woke to messages from my mom that a kidney had become available but was now unavailable. I cried a little but for the first time in five years, I felt hopeful.

See, hope wasn’t my go to reaction anymore. I stopped believing that God would move on our behalf just because we asked. But that situation lit a fire in me. Why this bad news gave me such a wonderful hope? Cause it was clear that God was in the midst. In all my anger, grief, and frustration, God was always there but sometimes, he felt far away. When God feels far, usually is because we’ve backed away. The next Sunday, I stood in front of my church and declared aloud that I had been afraid and angry with God but I was choosing to trust Him fully. And from that moment on, I prayed. I recognized that I was powerless but I had a deep profound connection to an all powerful God who loved me. And it was time to trust Him.

Fast forward, less than 6 months later and Isaiah is currently in the other room resting and recovering from his successful kidney transplant! I could try to explain how this all feels but I wouldn’t do it justice. I didn’t tell you this story to convince you to do anything particular towards getting your miracle. I believe God can move in His time with or without our input. However, I do believe life is so much more sweeter when you choose to trust God. I didn’t think for over 5 years that this day would come but I recognize now that Isaiah’s miracle has helped to restore my faith. My little brother has always had a way of reminding people exactly who God is. 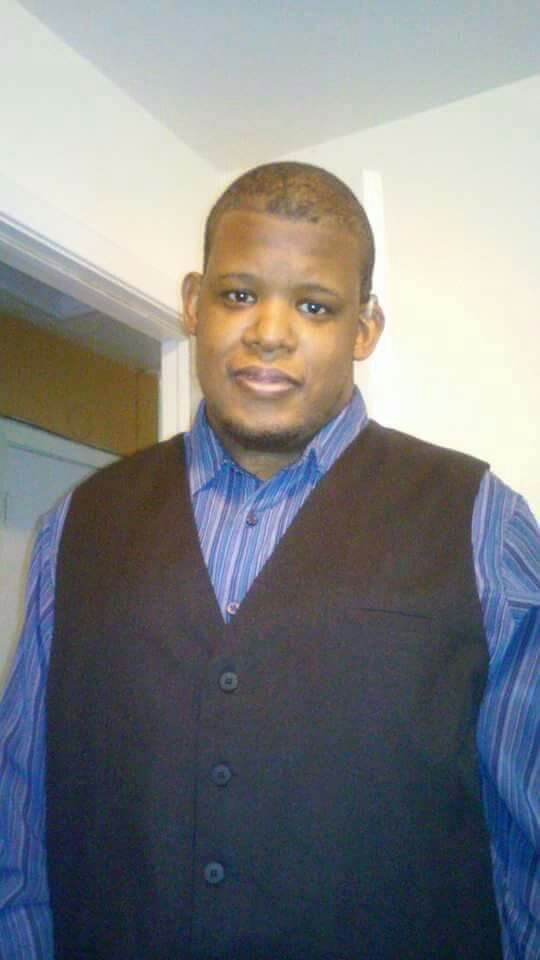 The purpose is to encourage, ignite, and remind you to shoot your shot on purpose.