My Untold Story of Domestic Abuse

I try to be extremely honest about my life and my experiences in this blog. However, there’s a thing I have avoided talking about. This has been difficult to write and I’m terrified of your opinion of me after reading it but I owe it to all the women I know who are know longer here to tell their stories. And I owe it to myself… 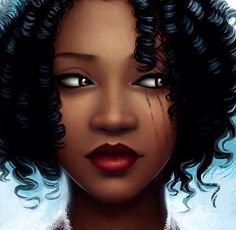 I often justified the choice of my ex relationship by telling people just how much potential he had. I ignored the man he was in hopes of getting to the man who he maybe could be.  Here me good: He is not a maybe. He just is.  We women are not incubator’s for broken men. Thinking that I would wait to see what more he could be was almost the death of me.

When I met my ex, he was just a skinny guy with strange hair who stared at me intensely while I performed poetry.   So after the show when he needed a ride home; I agreed casually. It wasn’t until later that night that I realized he was interested in me romantically. We sat and talked for hours and though the conversation was refreshing, at no point did I intend to entertain this man’s advances. I was celibate and happily single. He was an ex addict. I had been down this road before.  But I liked his poetry and he liked mine so we exchanged numbers. We spent that next few weeks talking constantly and I slowly begin to look forward to, care about, and eventually fall for this man.

The first red flag came when he admitted to me that he was still drinking. It was after our 3rd or 4th date. Originally, he said he completely stopped drinking but now he was telling me that he was recovered enough to drink casually. I believed him. I knew that I had walked away from this type of relationship before and could do it again.  I forgave him for lying and when he suggested we move in together, I agreed. I had lost my car and job and was willing to accept his bad habit for a place to stay and someone to pay my bills.

This man was more intense than any man I had ever dated. He was deep into meditation and energies and often studied the outer planes of this existence and the powers he believed lived within it. It was strange but I chose to respect his spirituality. I found it alluring that he was on a path to enlightenment even if I didn’t understand it. I It wasn’t long before I realized that he was not a casual drinker and his spiritual path was laced with drugs and substance abuse. He smoked and drank so much that it was a part of his daily routine. And to make matters worse, our roommate’s were young and reckless, often encouraging him to drink excessively and smoke his paycheck away. I eventually decided to just ignore it all and attempted to separate the poet from the drunk. I vowed to stay free of his demons but it was only natural they would find me.

It started Thanksgiving day 2016. He didn’t want to go out and I didn’t want to stay in. So while my roommates partied at home, I spent the evening with my family.  That night, I came home to find our bedroom in shambles. Art work I had painted lay destroyed on the floor and other items that belonged to me were thrown across the room. Worst, my sons blanket- one of my greatest possessions, was sprawled across the floor drenched in beer. In a drunken rage, he destroyed our home. This became the norm and I eventually had to hide valuable things to avoid them being consumed by his rage.

He with a very damaged man. His childhood was draped in rejection, abuse, and self deprivation. He had mommy and daddy issues, body positivity issues, and self image issues. It felt like no matter how much we wanted to love each other, he had nothing to give and I was always too forgiving. I was giving him whatever he wanted just to make the fighting stop, but I had no idea what evil was awaiting me next.

One night, while drunk and arguing, he stated “I promised them I would be good to you.” Puzzled, I inquired as to who he promised this too. “God and Manny.” By Manny, my ex was referencing  my son Emmanuel, who had passed away just a year earlier. During our relationship, I was out of work and in constant pain while awaiting a foot surgery. But mostly, I was deeply depressed and struggling to get out of bed most days. My ex claimed that my son spoke to him and that he was in constant communication with his spirit. In my grief and desperation, I clung to the idea.

But soon, ‘conversations with my son’ were used as a manipulation tool to control me and make sure I listened to or did whatever my ex wanted me to. I would beat myself up for not being able to communicate with my son like he did. It drove me crazy and it fueled my ex to keep up the farce. I dug into such a dark depression, I attempted suicide twice during the relationship. Once, as I sat just feet away from him.

Over the course of the next few months, things seemed to improve. My ex partied less and focused on bettering himself. But his best friends grew to hate me for asking him to change and this caused increased tension in our relationship. Soon, it felt like me against them as they would spend hours ganging up on me about how awful of a person I was. I spent many nights wide awake as they lay at the foot of my bed “giving me advice” on how to be a better person.

One night, we decided to go to a party. Though my ex hadn’t drank in weeks, the bar was open and within hour, he was over the limit. Just like always, it started with a rant but soon, he was flirting with other women. So I left. A while later, he found me sitting upstairs alone in a room of people I didn’t know. He started to go on about our relationship and why I couldn’t just have fun with him. He was completely drunk. Before I had time to respond, he brought his face to my forehead and gripped my hair (in braids) by his teeth. He tugged at it so fiercely that my eyes immediately welled with pain. The people around us laughed. For what felt like hours, he tugged at my hair while I was yelping out loud for him to stop; pushing him away and begging him to release me. He eventually let go and I immediately left. He didn’t come home that night.

After that, the fights and screaming matches increased. Though he never physically touched me again after that, I would come home and be locked out of the house. Or he would come in at late hours and blast music. Some nights, he invited our roommates in and they would tag team verbally abuse me until I left the house. After my surgery, I immediately made plans to leave. He was going to South Carolina for a month and I intended to disappear while he was gone. But the day he was supposed to leave, he changed his mind.

Eventually, we broke up and I moved out. Our lease was up and I simply left. No words, no arrangements, I just made plans to go to my own place and didn’t include him. I wish I could explain this better but it just is. I spent the next few months trying to rid my life of him and build myself up. Even after, his friends would contact me for his financial needs and his family blamed me when he got locked up. Even though I had left him, I hadn’t quite freed myself. Letting go of the physical stuff was easy but getting back to myself took so much work.

I often wonder why did I allow myself to be treated that way so long? Even in my current relationship, I see the residuals of a broken woman afraid to love again, constantly insecure and questioning herself. I think back to that time and am ashamed of how I gave up on me. I realize now that it was just the little compromises that led me down a path of neglecting myself and allowing the unloving to start.

I could write another ten pages about events in my last relationship and I wish I had a major life lesson to end this post. But my friend Amichigan didn’t get a chance to share her major life lesson. Nor did my co-aunty Tanisha Tull and her unborn child, or my cousin Tameka Claiborne, or my mom’s childhood friend Kelly White. They didn’t get a chance to give you their lesson because they died before they could learn it. All by the hands of men who claimed to love them.

I imagine someone reading this is thinking “He would never kill me though.” Honestly, I think that too. But so did all the women who died. He doesn’t have to hit you ten millions times… he doesn’t even have to hit you once. Decide now that you will never let it get that far. Walking away might hurt but it feels better than the alternative ….