HE CALLED ME A BITCH! (An art and poetry story)

He called me a bitch.
I heard the exclamation in his voice rise like a pubescent boy
He cocked his head to the left side, looked me square in the eye, and mustered all the juice from his balls while recklessly spitting out the words
“That’s what I said… Bitch” 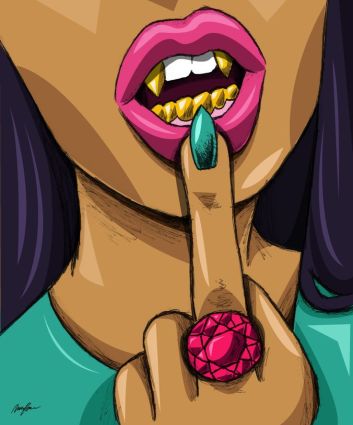 I think he thought I’d be startled
That him saying these words to me would arouse a reaction, a cutthroat, jugular punch, nipple twisting, face slapping reaction
But “Bitch?”…. I was called that 3 times before I could spell it

The 1st time,  mom’s paid a lady to braid my hair in a most intriguing pattern. She used bright red and yellow and black beads on the ends and extended the length with just a lil bit of weave. This was my first hairstyle and I looked damn good.

My scalp was playing the rhythm of the beads on my heart and my ears were stretched so far that they met at the nape of my neck. My dad come in… late… drunk.

My parents argued that night… something like “that bitch look like a got damn lil african.” I cut all my braids out before morning. I always wondered why being called “lil African” bothered me more than being called bitch.

The 2nd time, I thought it was my fault. Or at least that’s what I had been told. “Acting grown was gone make some nigga think I’m grown.” Switching hips I didn’t have, using too much lip when sucking a lollipop.

So when he called me words I heard reserved for grown women when greeting each other, I couldn’t help but smile. See men called each other “My nigga” and ladies screamed “My bitch” so when a man called me bitch, I assumed I was his nigga. My niggas were my friends and bad bitches were my sisters.

The last time someone called me bitch, she wore the same shade of red as I. Stole my eye roll and lip smacking. Gave me all of her grit when sucking her teeth to say these words to me. Told herself every evil thing that she had ever done and ended it with “Paula, you’re being a real bitch” before walking away from the mirror. 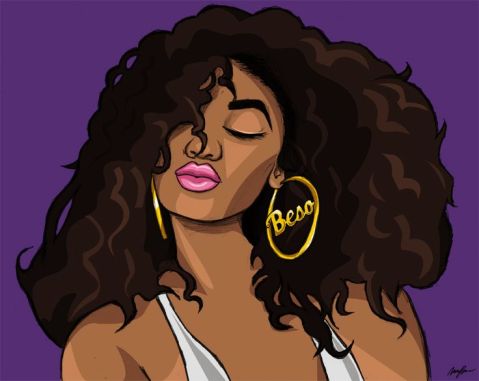 So this man, calling me a bitch, was no more harmful than throwing feathers and air at my face. I had been groomed and prepared for the moment when some smart ass man, shorter than me with an ego big and fragile, cracking from the “no” I threw up on him when he asked to fuck, is saying this word as big as his frame could fill, I stand there wondering if he knows that this process, me hurting his feelings and forcing him to crack, is not about exposing his insecurities but about recognizing all the different languages used to say my name. And this one, Bitch, is probably my favorite.