The Necessary Inconvenience: Visiting the Police Scene in Queen Sugar

(This is a rush job. Some forgive me if I’m all over the place.) 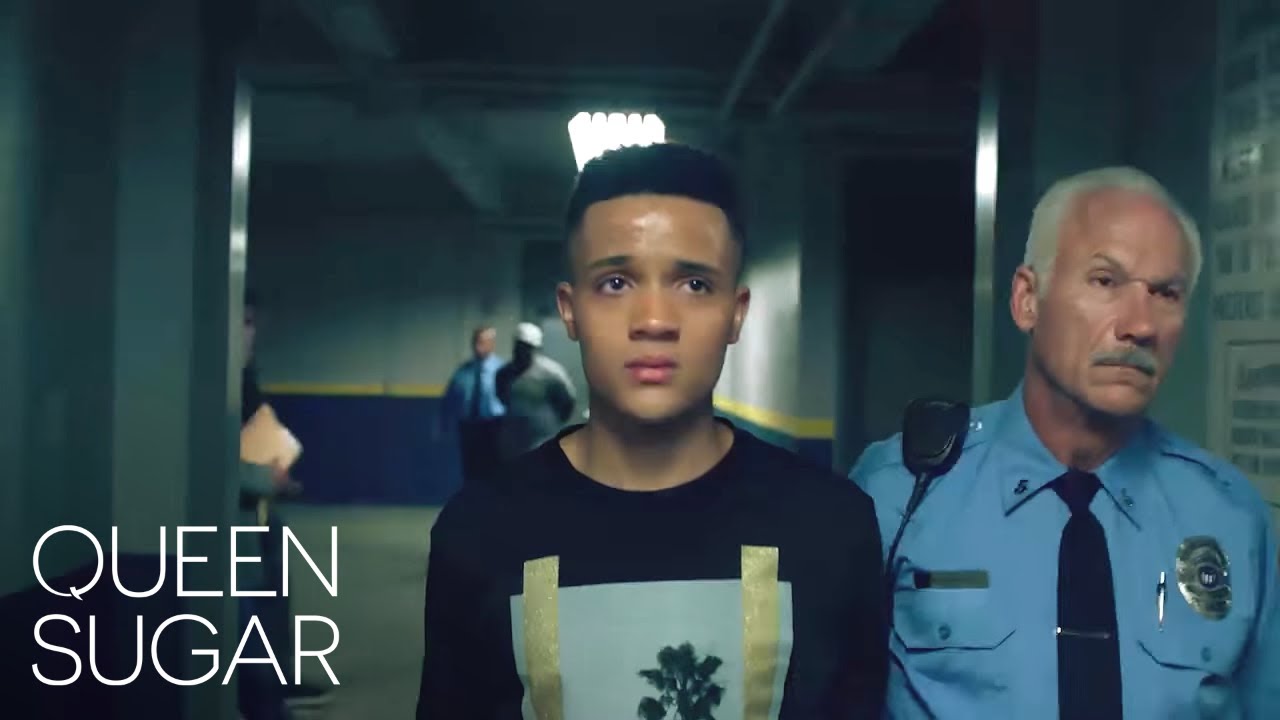 Watching Queen Sugar last night, I was brought to tears by a very honest, familiar, yet heartbreaking scene. It’s one many black Americans have learned is the necessary inconvenience of this era where black lives need to matter more and black bodies become a trending hashtag. Personally, I’ve been late going to work, missed movie openings, sacrificed running behind a cute guy, etc.. for the sake of being the difference in that crucial moment where death is a very real option. (Spoilers ahead)

Micah West, played by Nicholas L. Ashe, is walking from school with his friends when he notices two black men in handcuffs sitting on the curb. Police are all around and the scene is typical. The group of friends sit opposite the incident and watch. A few moments later, a white classmate, almost oblivious to the scene, invites Micah to hang out. Without hesitation, Micah declines. The friends sit, camera aimed, silently… waiting.

This, the Necessary Inconvenience, is a mantle black persons have taken without urge but with urgency. It’s the positioning of our bodies to be present when police are involved should anything go wrong. It’s a visual sight to law enforcement and any person of authority, that they are held to a standard and we intend to see that they follow it. Camera’s aimed and ready.

Now don’t get me wrong, the inconvenience is not because of the time it takes to watch but the fact that this situation is necessary. The people who are hired to protect and serve cannot be trusted. Simple. Period. We are no longer is a position to trust first and regret it later. Lives are at stake. I don’t have to tell you that there is nothing we can do more of or less of that will keep us safe. It’s a matter of time, circumstance, and chance. It’s the unfortunate reality of police relations in America.

Later in the show, Micah tells his father about what happened to him when he was pulled over by the cops a few weeks earlier. The officer took him to a secluded area and physically assaulted him; ranting about taking the silver spoon out of his mouth. The officer put a gun in his mouth, pulled the trigger, and called him “nigger.” (Yes, he did!)

The pain I felt for Micah is the pain I feel every time I have to stop and watch an officer do his job to make sure he does it correctly. Seems the police have adopted a new slogan “I want him dead or alive,” and anything we do seems to warrant the former. Micah, talking to the officer, was enough to piss him off.

I got into a heated conversation with an old coworker over this topic. Her comment was something like: I’d be pissed too if people cursed me out every time I stopped them. They need to learn to be quiet so they don’t get shot. To Janell:

Micah West did what we all do and will continue to do. And if you don’t do, you should. It’s not a time to mind your own business.

Now more than ever, Black Lives Mattering is the business. I’ll continue to pull out my phone, slow drive, make eye contact with the accuser in hopes that they are safe. Simply watch because it’s necessary. Our presence is necessary. You watch me and I’ll watch you!

A conviction? Probably not. But maybe the officer will think twice about being aggressive or vindictive or scared. They can’t kill us all, can they?